Hi, my name is Dan Kelly. I'm at Southmead fire station. I joined the Service from the last recruitment in May.

I joined fire service because I wanted to do a job that not only allowed me to be an effective member of the community but have a positive impact on it as well.

Before I joined the fire service I was a prison officer and I worked with a lot of difficult individuals and I didn't feel necessarily appreciated by the people that I was working with.

Being in the fire service, you get to represent the community and people genuinely appreciate the job that you do. It's also very rewarding.

I think the main skill that I brought over with me was communication skills. Obviously being part of a small crew you need to be able to effectively communicate things during the job, especially in quite intense situations.

If you're in a house fire when the smoke is down and things you need to be able to remain calm and talk to people because obviously other methods of communication are gone.

I think the skills that I've learned while I've been here have definitely improved my problem-solving skills.

Being a firefighter is not necessarily just about fighting fires. There's a lot of other things that you have to do day-to-day. I learned to work backwards from a problem and find a solution for it.

I think day to day I use that probably a hundred times.

At the start of my training when we initially got to the training centre we started talking about it  - I said to myself I have absolutely no idea how to be a firefighter and then 11 weeks later I'm coming on to station and I'm able to generally fit in with the crew.

Obviously I've still got so much to learn but the training has really prepared me for day one on station so I think through development and for the rest of my career I'm gonna be learning every day.

I do think training school really prepared me for day one on station.

Everyone who works on station has really looked after me. I am new and I am the probationer so certain things are expected of me. They want to see that I can work hard and that I am an effective member of the team because some of these I have been doing the job for 15-20 years. They want to see that I've got the characteristics that they're expecting of a good firefighter.

I've never particularly been good at maths so I really struggled with the maths application, the maths test, that we had to do.

The questions are timed and you get a very short time to answer the question. With my maths not being as strong, I felt really packed like during it, trying to get it done.

I gave her my best, I did everything I could and even though I wasn't expecting to pass, I did. So I was really pleased by that.

It was at that point that I realised how much I wanted to do this role. When I thought I'd failed and I found out I'd passed it really came home to me like how excited I was to become a firefighter.

I think the best thing to keep in mind is that you definitely can join the fire service. It's open to everyone.

I think the best piece of advice I got given was to go down to your local stations and there's bound to be someone there. Even if you know the crews out on a shout, someone should be there and just have a word with the station or the watch manager and just ask if you can talk to the firefighters out there. They're the best-placed people to give you guidance to go through.

I went down to my local station which is Bedminster and there was a firefighter there who had just come off the previous recruitment course and he was really helpful, gave me lots of advice. He was one that said to me that yes you can join and you can definitely get in. 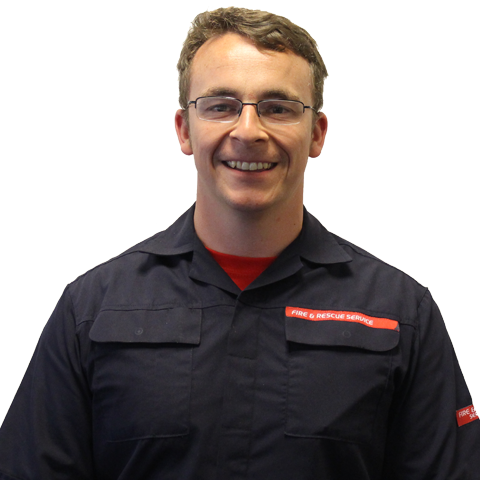 I joined the fire service for the sense of adventure, to do something different every day and do some good stuff in my community.

It's a bit different to my last job. Mainly we travelled all over the world as an army photographer. We went into disaster areas, went into operational environments to Iraq and Afghanistan. So that was mainly an international sort of thing but this is all home in the Avon area. 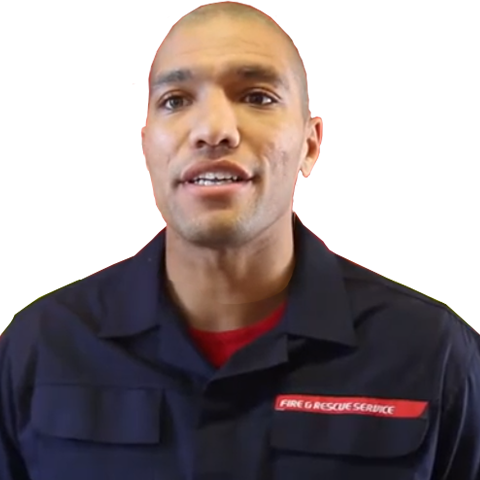 My name is Gregory Streete and I joined the fire service in January 2018. Before I was playing professional basketball for the Bristol Flyers and I was also doing community coaching, youth programs and also mentoring as well. 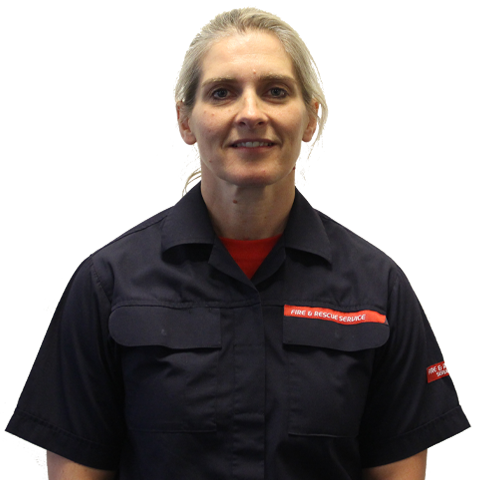 I’m Helen Rogers and I’m on Red Watch at Weston-super-Mare. I started back in May last year, that is when I started my training, and before that, I was self-employed as a clinical hypnotherapist and psychotherapist for the last ten years.